New dawn over the Carpathians, by Marko Risović

While the heavy, grey fog, woven out of layers of past, is rising slowly over the peaks of the Carpathian mountains, it reveals the landscape of a new reality, the colorful world of Romania’s youth, whose saturated colors are often dimmed by values from the past.

Romanian teenagers are creating their own world, composed of dreams, hopes and youthful enthusiasm. They aren’t much different from their peers from all over the world. Guided by pop culture, exposed to influence of mass-media and idols, attached to internet and modern communications, they are barely aware of the time not so long ago, when their parents lived in a country that offered so little choice, a time of suffering and sacrifice.

New age brings new dilemmas, difficulties and polarizations in society. It also creates new trails and guidelines, leading Romanian youth towards future. These trails start as muddy, narrow rural roads, where teenagers walk, dreaming of big cities, success, eager for knowledge that will lead them away from the hard life in the countryside. The roads continue through major cities, university centers to the capital, where the young have better opportunities for education and training, jobs and where they can start their own, independent life. Wide paved streets, with many strips, become the main route that leads them towards their desired goal, often extending beyond the borders of Romania. For many, it is a logical choice.

Along this path, from the beautiful mountains in the north, through the green plains of Transylvania, to the bright lights and noisy disco clubs of metropolis, a major change occurs in their lifestyle, dreams and desires. Something so pure and innocent is lost, erased from thoughts and hearts of teenagers with every rattle of the wheels that carry them into the future, towards the world of adults and the struggle for survival. This essay is my attempt to save part of their youthful dreams of oblivion. 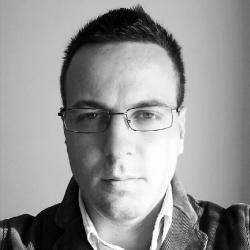 Marko was attracted to photographic exploration of reality in his early youth. After years of experimenting, he discovered narrative power of photography as a language of socially engaged communication. For six years, he was working as photojournalist in different media outlets in Serbia. Later, he switched his interest to long term projects about various aspects of social reality. World Press Photo organization selected him to participate in Masterclass for young photographers from southeastern Europe in 2010. His work was recognized by respectable organizations. Some of these recognitions are: Press Photo Serbia - Photo of the year 2012, followed by another six Press Photo Serbia prizes in different categories in period 2010 to 2014, Status magazine award for best photography in Serbian media in 2010, Balkan Photo Fest main award in 2016, Beta photo agency Grand Prix for his work about refugees in 2016... Marko's work was published in different regional and international magazines and web editions, and presented in over fifty exhibitions. He is regular contributor to National Geographic Serbia magazine and member of ULUPUDS (Association of Serbian applied artists and designers) since 2012.